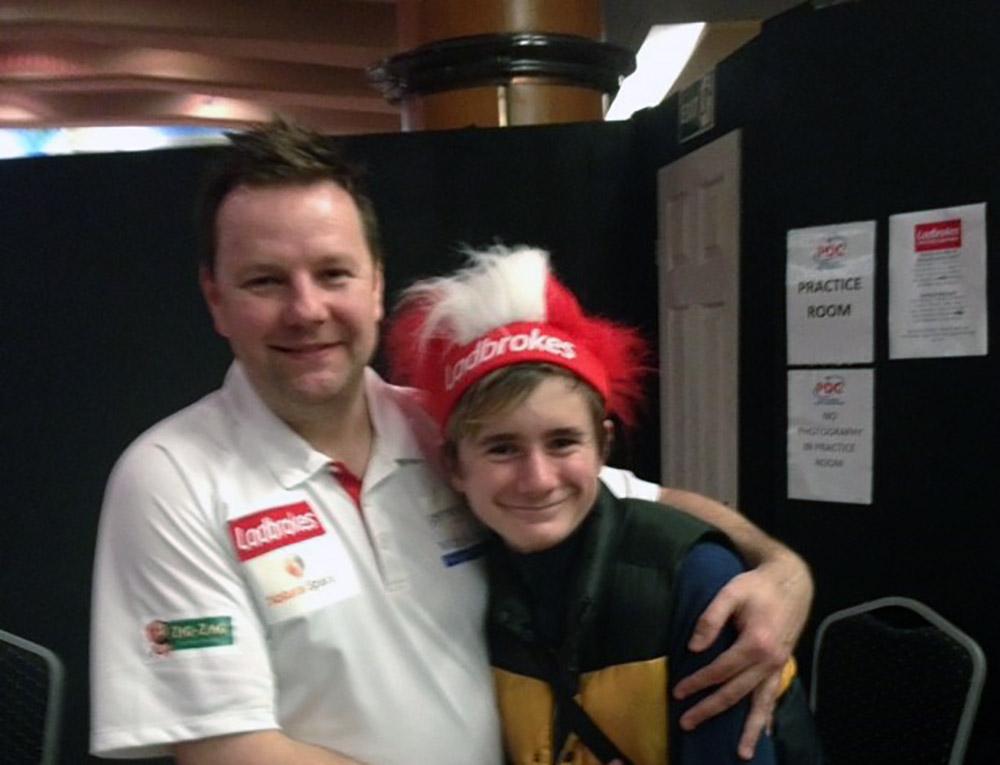 Mark Dudbridge AKA “Flash” is to wear the Jack Dowding Foundation site logo on his shirt for his 2017 darts campaign!

I am very proud to have Jacks logo on my 2017 shirt.
Jack was a fantastic person and a great friend always encouraging me and picking me up when I had a bad day
I hope by wearing this it helps to raise awareness of Juvenile diabetes and to raise funds to one day find a cure
I hope by seeing Jacks logo it helps anyone with type one to have the same love of life that Jack had.
Mark Dudbridge

We would like to wish Mark the very best of luck for the entire year and lets hope he can get back to where he belongs on the big stage! 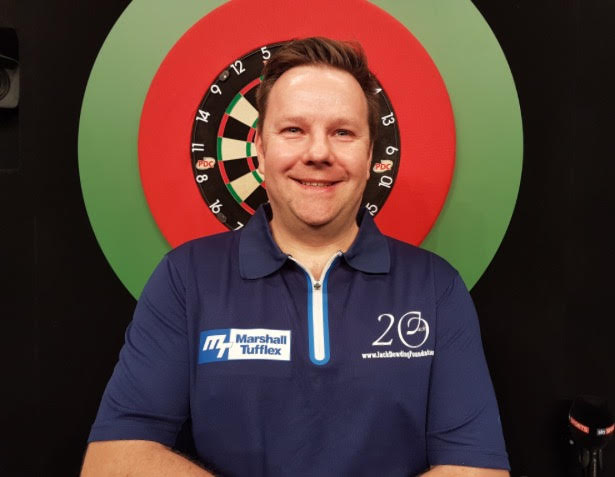 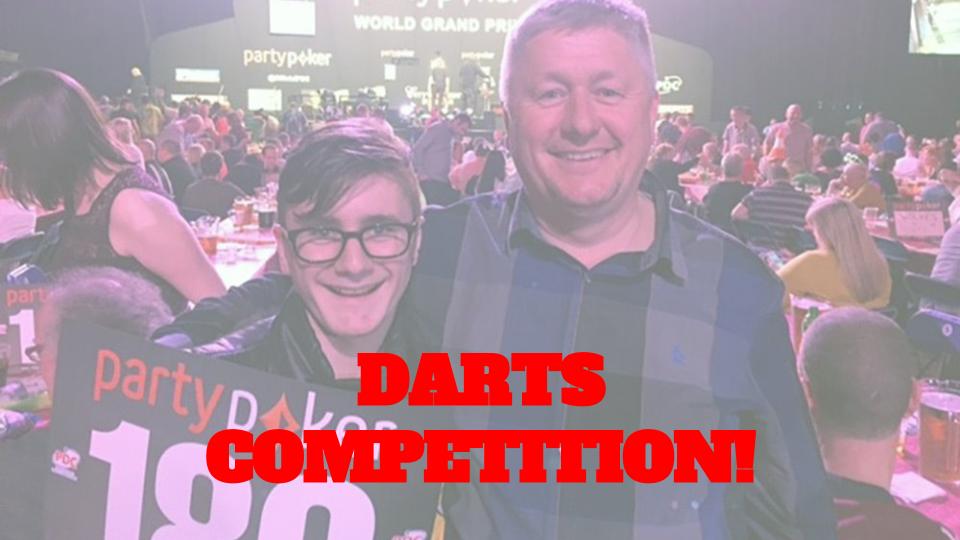 Fancy yourself as a bit of a darts player? Well, if you do then get down to the Bitterne Park Social Club on Thursday 27th April 2017 for a fantastic competition in honour of Jack.

There will be cash prizes up for grabs and a superb trophy for the winner!

50% of the prize fund will be donated to the JDRF charity (Juvenile Diabetes Research Foundation) – so even if you get spanked in the first round at least you will be doing a good thing! 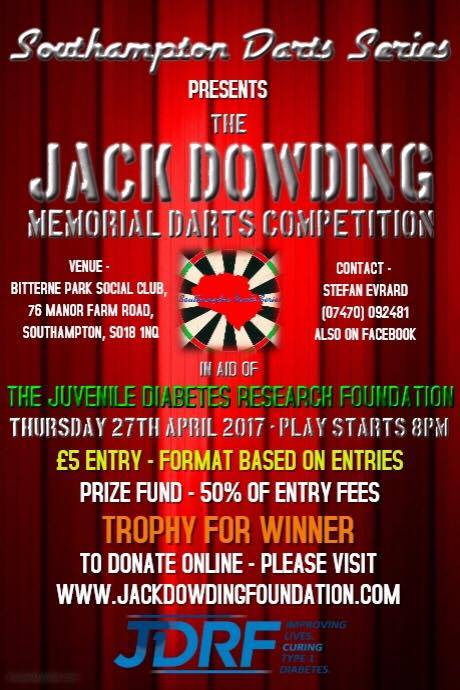 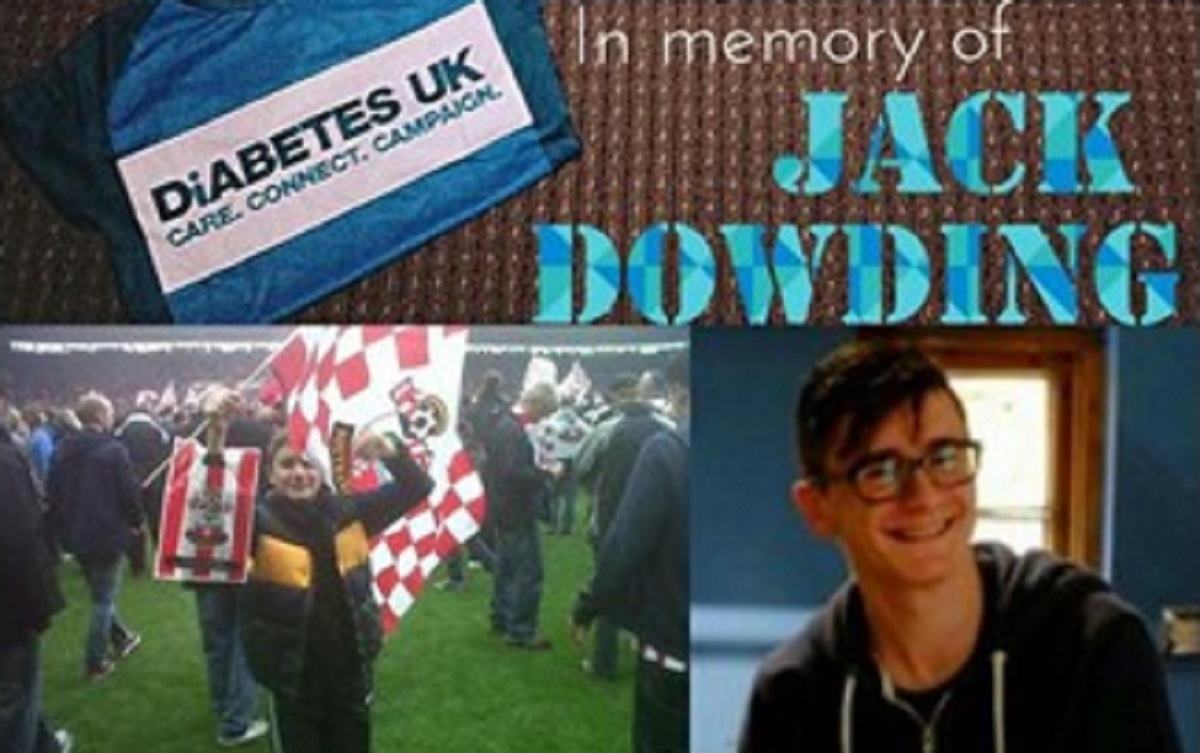 August Fox was a friend of Jacks at college. They shared many laughs and lunches on a regular basis. August is running the Winchester 10K Obstacle run and she would like to try and raise some funds to donate in honour of Jack.

This is an amazing tribute and will also provide some much needed funds towards the charity.

You can sponsor August here via her JustGiving Page.

Here is August’s write up on the page:

I will be doing the 10k Obstacle run in Winchester on the 2nd of April 2017 in memory of Jack Dowding.

Jack passed away from diabetes on January the 7th 2017. At only 20 years old, the loss felt by his family, friends and the community is devastating.

I went to sixth form college with Jack, and although I can’t claim to have been extremely close to him, we were good friends. We sat on the same table together for 2 years every lunch time, shared many laughs and many jokes. He attended all of my band’s gigs and even allowed us to make a joke on stage about him – to say he was a happy-go-lucky person and a great sport is an understatement. Always smiling and having immense determination, no matter what challenges he faced, Jack was truely a one of a kind and will be missed by many.

As a tribute to him, I’ll be raising money for Diabetes UK, in hope to one day find a cure and to continue supporting families affected by the disease.

If you or anyone else you know is raising funds towards the Diabetes charities then let us know here and we will happily post it here on the blog! 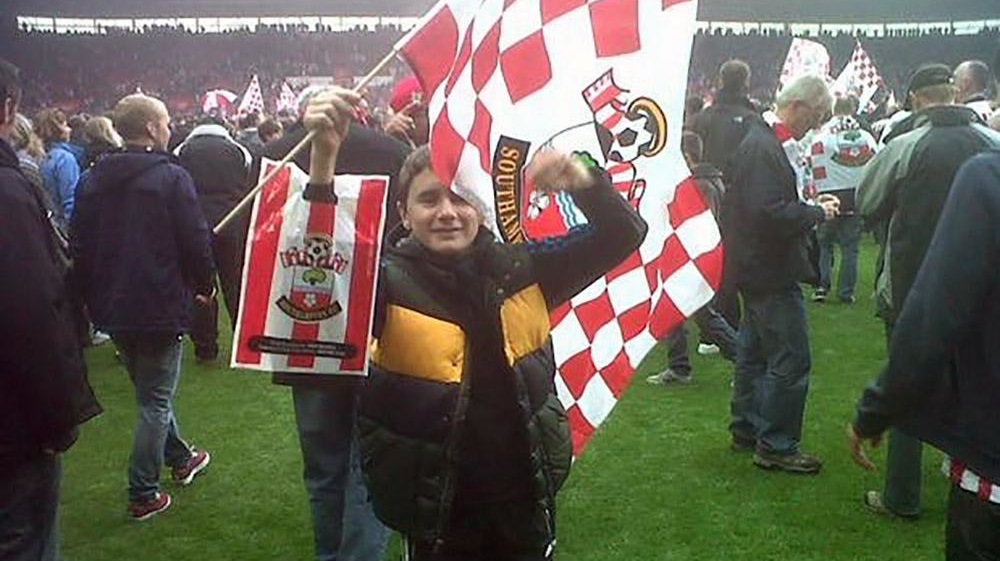 Shortly after Jack’s sudden passing a group of his friends had whipped up quite a bit of social media frenzy and the hashtag #20MClapForJack had started to trend on Facebook and Twitter.

You see his beloved Southampton FC were playing the first leg tie of their semi-final cup clash against it has to be said a rather in-form Liverpool side.

Jacks friends had suggested that on the 20th minute of the game (Jack’s age at the time of his passing) the whole of the St Mary’s crowd should join in for a 1 minute clap for Jack. 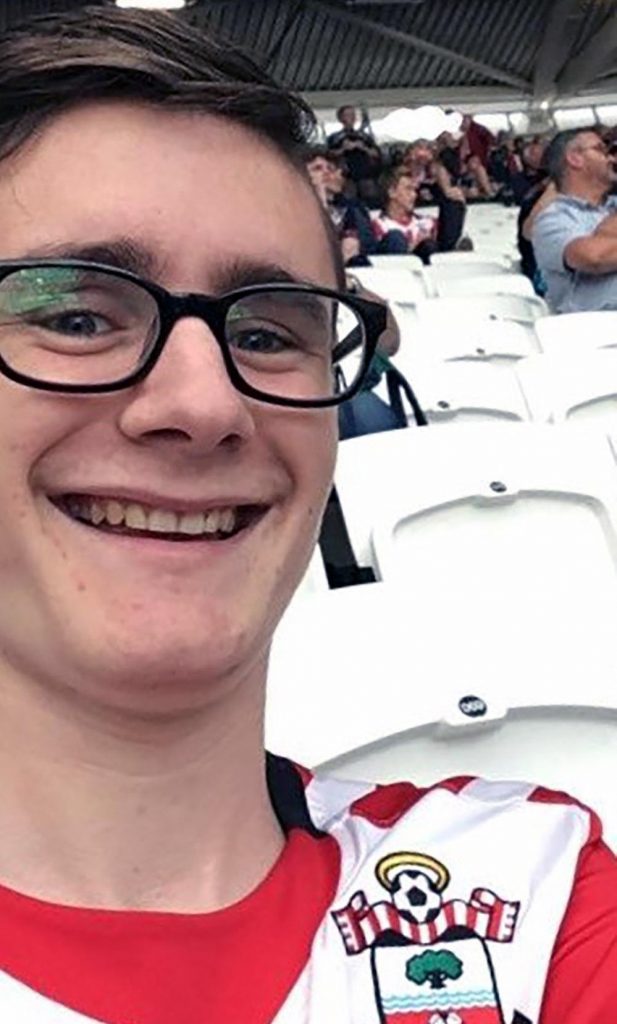 His friends should give themselves a mighty pat of the back for what they achieved. Through various social media channels they managed to create a series of posts and headlines that certainly brought in the attention.

Several posts got shared thousands of times over creating a viral effect on the message they wanted to get out.

Jack’s father Laurence even got a call up to Radio Solent to do a short interview on the day of the match. Laurence paid a massive tribute to everyone involved in setting up the event and also put on a tremendously brave and broad shouldered interview taking about his beloved son.

Jack was due to go to the game and had a ticket, his Father and some other members of the family stepped in and went to the match.

It was a cold night and the crowd was excited to watch the game, the tension was building. It had been a long time since Southampton were competing in a major semi final match.

I did not have a ticket but I was watching the match at home with a few friends chatting across social media platforms in anticipation of the 20th minute.

The Liverpool fans were also aware of the tragedy and the news had even made the Liverpool echo. They were too keen to show their support.

One fan even made his own tribute to Jack via a picture on a Liverpool support page. Nice one lad.

Humans are generally good people and in tragedy the colour of a shirt has no boundaries. Thank you to the Liverpool fans for playing their part.

The best was yet to come.

The 20th minute was getting closer, and closer still. People, including me I am sure were looking at the clock getting ready for the one minute clap. Then the truly remarkable happened.

Saints scored on the EXACT minute we were all due to start the tribute! So the whole stadium erupted and the fans went crazy!

For that one minute, I like to think of Jack smiling as he always was at what just happened.

Here is a clip from Radio Solent’s commentary shortly after…

It was amazing, we could not believe it.

If you went into a bookies and said I’ll have a bet on Saints scoring on the 20th minute you would have won a pretty penny.

The applause for Jack happened just after and everyone joined in, even the Liverpool fans who had just seen their team go one nil behind.

Southampton got the job done and won the game 1-0, against the odds. Quite remarkable.

They dedicated the goal to Jack on their Twitter page. 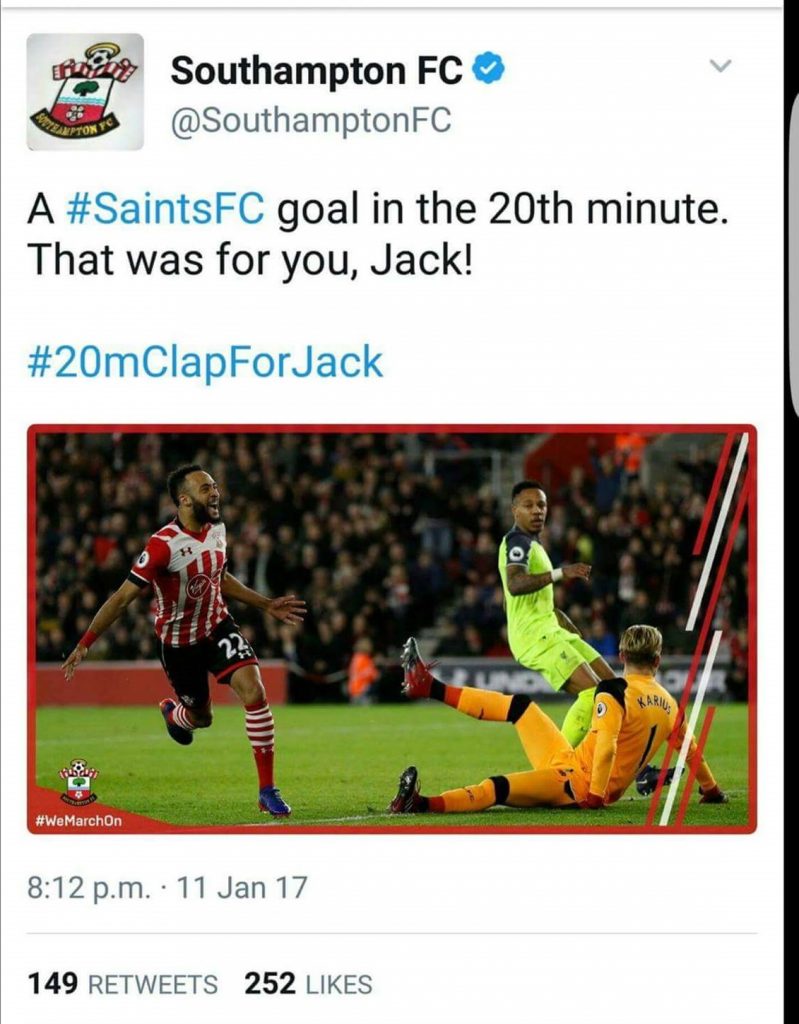 I know that in this difficult time Laurence and his family will remember this game forever.  Some people may even say that Jack was at the game too that night.

And not many people could argue it…..