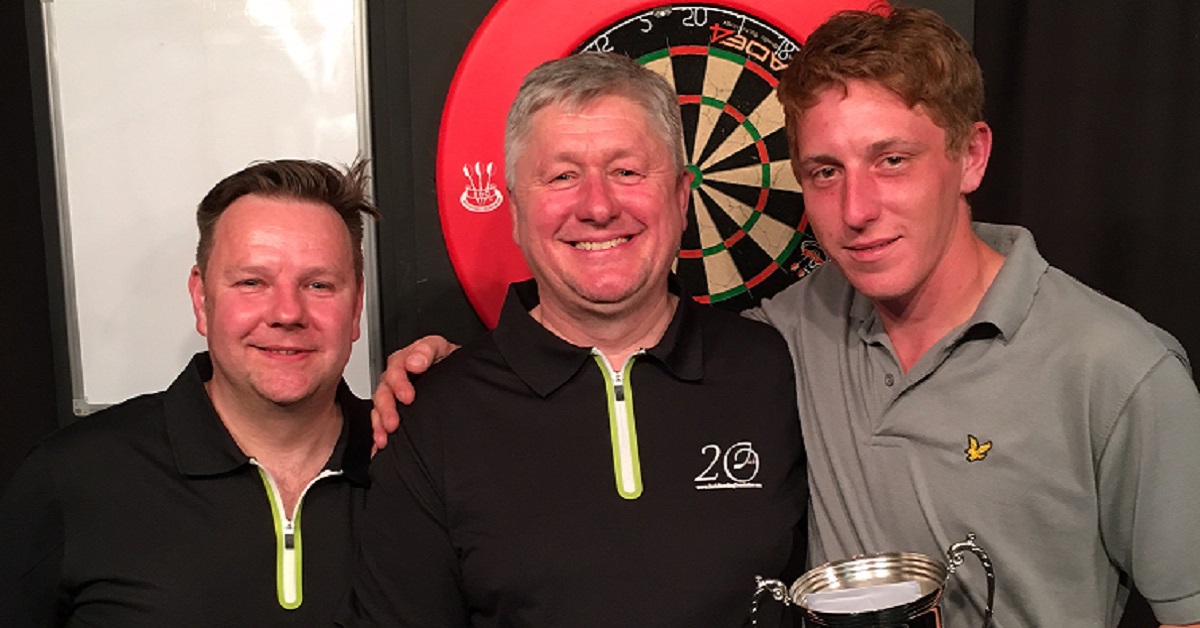 Thursday 27th April marked the very first Jack Dowding Trophy. A darts competition that was played at the very venue where Jack used to play with many of his friends from the Southampton Darts Series.

The night was a great success and it was not only a feast of darts that was on offer, there was also a great raffle and many superb prizes that went up for auction.

First of all we would like to say thank you very much to everyone who came along to the event. It really was a fantastic turnout.

Big thanks to Stefen Evard from SDS darts for running the event. Always smooth and well organised.

We had 67 entries from all levels. The darts competition was won overall by Waterlooville’s Charlie Jackson. He went on to beat former world PDC finalist Mark Dudbridge 4-3 in a thrilling final.

Both players donated their prize money totalling £140 into the charily pot! A massive gesture and a big thank you to them from us! Great to see so many top players wearing the Jack 20 logo!

Laurence also gave an award to young Ryan Cousins, the award being a commitment award. Ryan and Jack were good mates at SDS and both very determined with their darts. It wasn’t all serious darting all night though! Ultimately charity was the winner and some players took it upon them selves to add a bit of fun to the evening.

Pete Broomfield, a regular at SDS played his games in his full fire suit. He actually won his first game playing like this. It also sparked off many more sub-raisers through the evening with people trying the costume on etc, providing they put a little something into the donation bucket of course! It was like playing against Darth Vadar as he wore the full BA pack and everything. We let him get away with not wearing the gloves though! Many thanks to Angela from the bar who ran a fantastic raffle – everyone loves a raffle. This alone raised over £600 so thanks for hassling everyone to buy more tickets! Great stuff. Arguably the prize of the night went to Conrad and his wife. Something i am sure the grand kids will be pleased with! Mid way through the evening we also hosted an auction. Many great prizes went up for grabs including nights out, golf days, signed darts equipment, a Playstation 4 plus many more. One prize was a signed darts shirt that Mark Dudbridge played in and also hit a 9-darter whilst on tour.

The auction went great and another fantastic amount of money was raised. The grand total for the evening which included over 300 wristbands sold came out to an incredible £2636 – something each and every person can be proud of.

Jacks father Laurence said “This was fantastic evening organised in memory of a special son and grandson Jack Dowding. All of the family are so grateful to the Southampton Darts Series and the team Bitterne Park Social Club to remember Jack in such a special way…”

Angela Humphreys who runs the bar said “What a fantastic night of darts and the darts family coming together to honour such a great lad in Jack. It was a privilege to host it at the club. We would like to thank everyone in the night and hope the next one will raise just as much again….”

We loved the shirt Angela…. And our chief darts organiser Stefan Evrard said “Tonight has demonstrated that harnessing the community spirit within the darts scene can do amazing things. Jack was a very prominent figure in the SDS and the support for this competition just shows how appreciated he was. A truly herculean amount of money has been raised and I commend everybody involved and taking part for their support efforts”

Jack would have been immensely proud of all his friends for the efforts on this emotional and wonderful evening. This evening took our running total to just shy of £6000. The JDRF have been in touch thanking us for all the money we have donated through this site. All going to a great cause in helping others and to find a cure to type one diabetes. This is what we do. This is what British people do, this is what a group of friends and a cracking darting community does.

Until the next time, the next fundraiser, the next dart event.

Thank you all. We love you.